I was fortunate to attend a training about Cortana Intelligence Suite and SQL Data warehouse at Microsoft Paris. The training covered a series of modules on the field of Data Science + Azure SQL Data Warehousing.

As a BI specialist, I got interested in the SQL Data Warehousing part and I plunged into the fantastic world ofAzure Data Warehouse (ADW) in the last days.

In this article, I would like to talk about two concepts in Azure SQL Data warehouse : MPP & distribution. These concepts define how your data is distributed and processed in parallel: 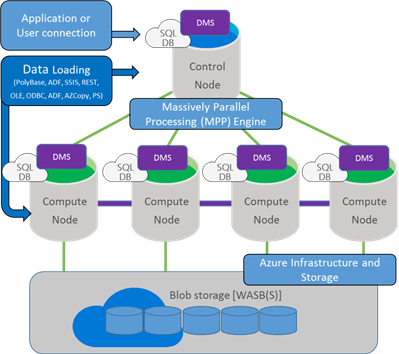 Conceptually, you have a control node on which all applications and connections interact, each interacting with a multitude of compute nodes.

The control node retrieves the input request and then analyzes it before sending it to the compute nodes. Calculation nodes run the query on their databases and return the results to the control node that collects these results.

The data is stored in Azure Blob storage and is not attached to the compute nodes. That's why you can do the scale out, scale in or even suspend you ADW quickly without losing any data.

ADW splits data between 60 databases. All the time, regardless of what you do. It is a constant.

Knowing that you can change the number of compute nodes indirectly by requesting more Data Warehouse Unit (DWU) on your instance of ADW.

ADW databases implicitly pool on the compute nodes. It is quite easy, now that you know that there are 60, to deduce the number of compute nodes from the DWU using the following table :

Normally, with a simple SELECT query on a table and distributed data uniformly, you should not worry about it, right? The query will be sent to the compute nodes, they will query on each database, and the result will be merged together by the control node.

However, once you start attaching data from multiple tables, ADW will have to do Data Movement, in other words it will swap data around one database to another in order to join the data. It is impossible to avoid this operation in general, but you should try to minimize it for better performance.

The location of the data is controlled by the distribution attribute of your tables. By default, tables are distributed in round robin mode : data goes first to database 1 then 2 then 3...

You can control where your data goes by using the hash distribution method. Using this method, you can specify when creating your table, that you want to use the hash algorithm and column to use. This ensures that the data rows with same hash column value will be in the same table. However, it does not guarantee that a column value of two hashes will end up in the same databases.

So, let's look at a simple example of a table distributed in round-robin:

And now with a hash algorithm:

In this part, we specified that the hash is taken from the CategoryID column. As all products of the same category will be stored in the same database.

So what have I gained by ensuring that products from the same categories are stored in the same DB…?

If we want to get the sum of the number of products per category, we can now do it without data movement because we are sure that the rows for a given category will all be in the same database.

Also, if I want to join data from another table on Category ID, this join can happen “locally” if the other table also has a hash distribution on Category ID. You have to think about what kind of queries you are going to have and also make sure that the data will be distributed evenly.

It is recommended that you use distribution control on columns that are not updated and distribute the data uniformly, avoiding data bias in order to minimize the movement of data.

In this article, I tried to explain the different ways your data is distributed aroundAzure Data Warehouse (ADW).

I hope these explanations will be useful to you on your projects and This gives you a clear picture of how compute nodes access your data and how you can control their distribution. 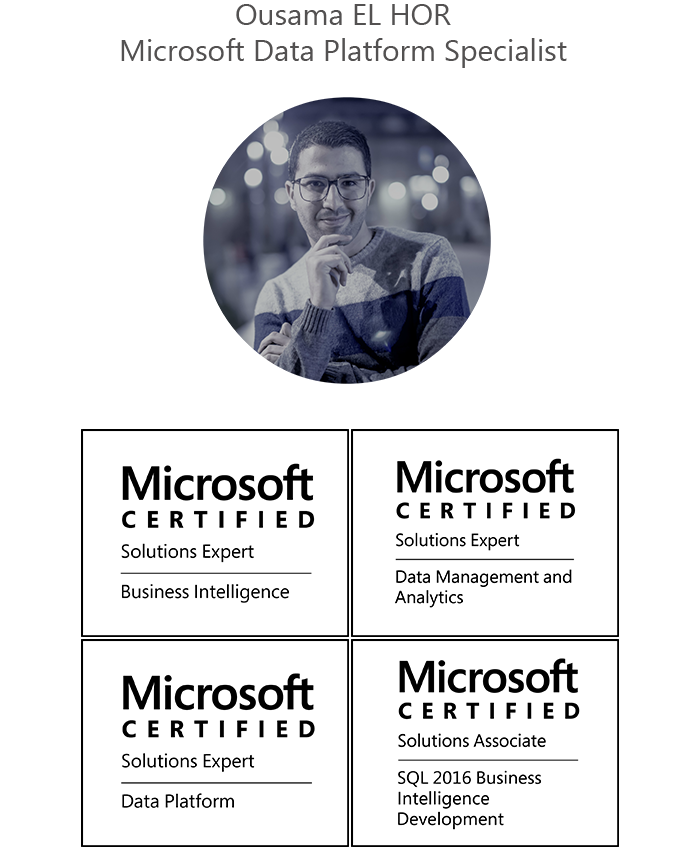